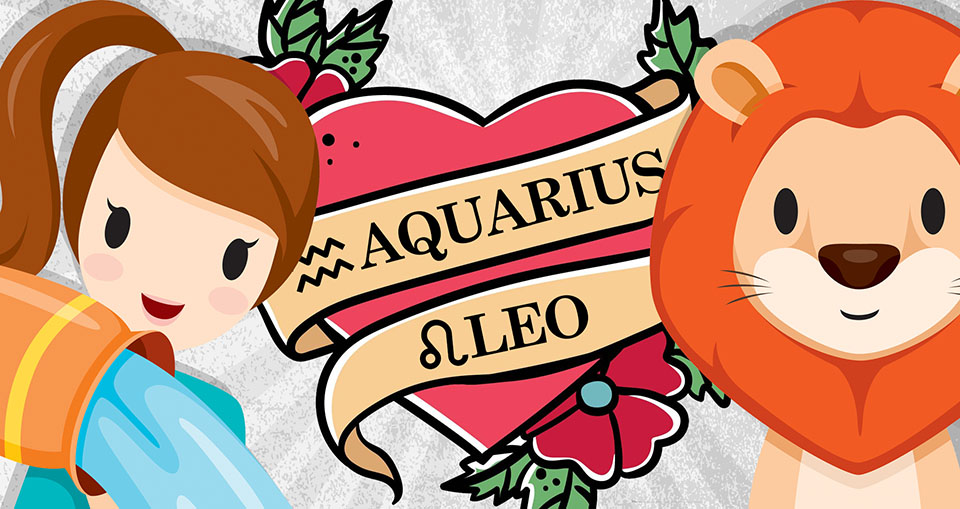 Curiosity is the hallmark of a Leo/Aquarius couple. Both are likely to press any button clearly labelled “don’t press” or at least ask questions about consequences. The lion uses their cat like senses and charisma to problem solve whilst the Water Bearer employs their fierce intellect to uncover truths.

Together these two could possibly achieve world peace – if they avoid pressing the wrong button as an act of defiance. They are free spirits who guard their independence with a force that could bring down governments – settling down or trying to tame each other might prove near on impossible!

Aquarius is a space cadet with their souls firmly locked into the future. Often, they’ll describe dreams and schemes which are dismissed in the present but become realities 10 years later. However, when Leo bounds onto the scene they instantly get Aquarian visions and are excited by the possibility of being ahead of the pack. From such a connection friendship is born and together they’ll modify, rebuild and break existing molds – think designing fashion ranges two seasons ahead or challenging existing environmental laws. 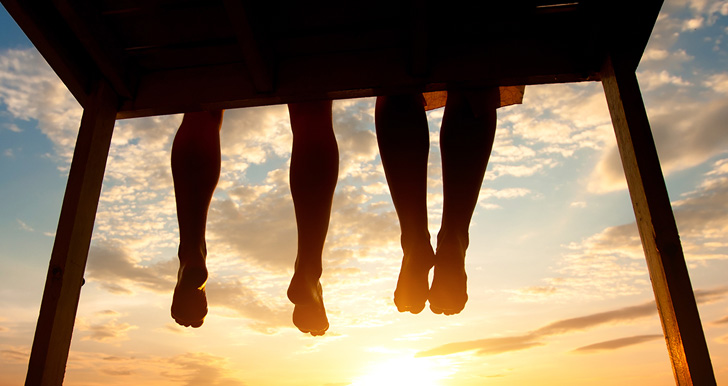 Their agendas are different – Leo wants prestige and recognition whilst Aquarius seeks sustainability and balance – the occasional row occurs when Aquarius gets on their moral soap box and Leo lets their ego trump common sense. There’s a high they get – creatively and intellectual – which always ensures the friendship is repaired. They may never make a million but God will they have fun trying too.

Aquarius has their mind so far in the future that they often miss the here and now which includes the possibility of attraction. Leo must make the first move or the party will never get started – it doesn’t have to be discreet – in fact the blunter the better. 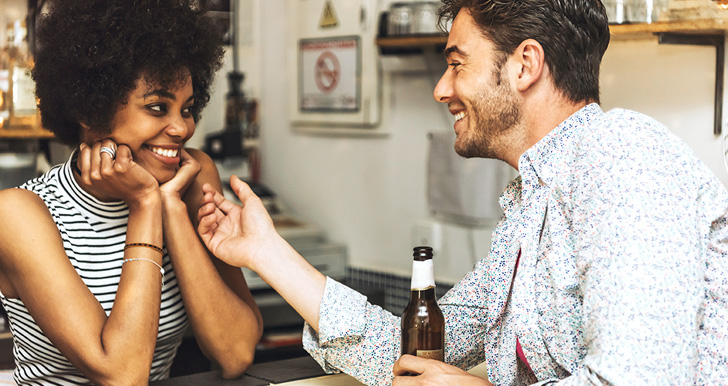 If zodiacs’ royal Majesty forgoes their normal razzle dazzle flirt-show and just says “I like you, I’m attracted, let’s go make out” oblivious Aquarius finally comprehends and probably disappears for a day or two trying to formulate a response. If there’s reciprocation of feelings friends are shocked when “I am a rock, I am an island” Aquarius becomes all coy and tactile around Leo – it’s not a scene anyone is familiar with.

The Leo and Aquarius in relationships…

This is a fun, kooky couple who are anything but staid. They’re always on the lookout for new and challenging experiences with Aquarius leaning more to futuristic play and brain expanding events – think immersive arts and simulated rides – whilst Leo tracks down whatever’s causing the latest buzz – think hottest new chef or underground raves. 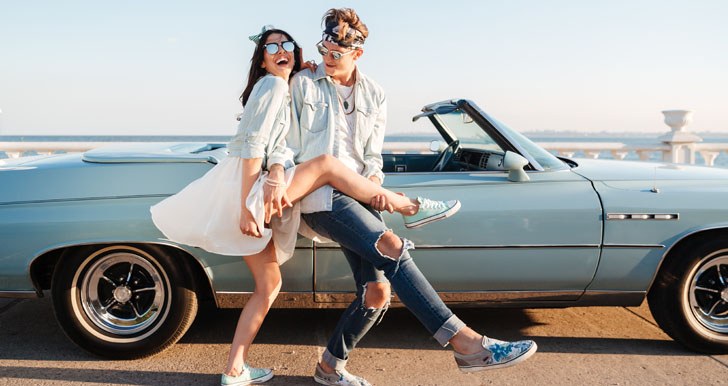 They probably won’t cohabitate – Aquarius needs lots of alone time and Leo doesn’t want to answer to anyone, 7/24. Their careers are likely to be polar opposites with Leo hurtling up the corporate ladder whilst Aquarius fights for human rights at the helm of a NGO.

There’ll be lots of heated discussions on politics, religion and ethics which might result in the occasional cooling down, but for the most this is an enjoyable couple to hang out with – Leo the hospitality king organizes sumptuous feasts with table decorations to die for and Aquarius provides heady discussion topics and hilarious after dinner games.

Sometimes Leo comes across as a materialistic snob – or at least that’s how the self-righteous Aquarian sees it. If this becomes a sticking point the Water Bearer loses respect whilst Leo sadly admits they are dating a fanatical bore. Both are fixed signs – they guard their views and opinions zealously so each must learn to love the thrust and parry of continuous debates and not get personal when trying argue a point. 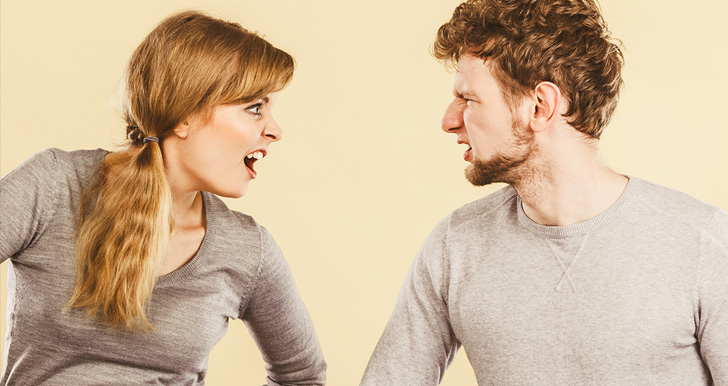 Leo/Aquarius are freedom lovers – if one tries to move to quickly towards commitment or feels coerced by friends and family they’ll spook instantly and outrun Usain Bolt to avoid settling down. It’s a wise move to have separate holidays and time apart occasionally.

When Leo and Aquarius fall in love…

Both are a little high strung in the beginning – which is fine for Leo who enjoys the heart palpitations and breathlessness of starting a relationship. Aquarius, on the other hand may have ambulance services on speed dial until they realize that it’s a panic attack – not a heart attack. Leo is fire so they’ll burn brightly and sweep Aquarius off to fashion parades, tropical islands and degustation restaurants. Aquarius will literally have never felt so warm or feverish. 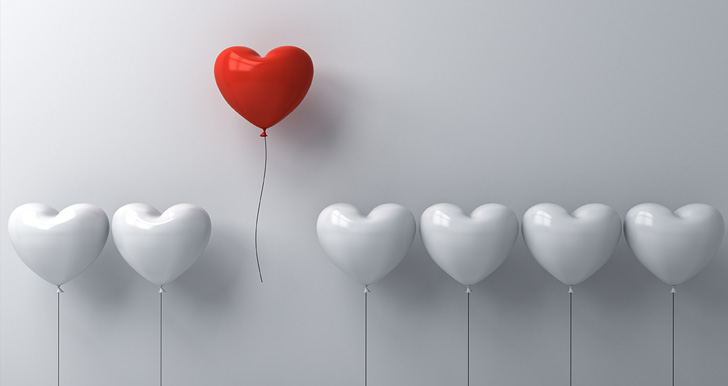 Slow to start, they may see each other once a week or once a month to begin with and that’s because air sign Aquarius, deliberately tries to slow things down by not adding Leos phone number or committing to projects that take them far away from the Lions base camp. It’s all a bit silly watching Aquarius struggle for their freedom whilst feeling miserable – all it does is to fire up the anticipation and make the wait between dates unbearable.

It’s interesting – whilst Leo/Aquarius are instantly compatible in so many other areas – sex is not one of them. Time and patience is required. Leo loves bold statements of passion and hot sweaty sex and for the short term that suits Aquarius just fine. However, such a cerebral sign eventually wants more and, bored with the same routine, starts looking for new and sometimes questionable delights.

The problem is, fear of being seen as a freak keeps them silent – it takes a while to divulge inner desires. The good news is that wildly uninhibited Leo is bound to embrace such a courageous reveal and probably already has a cupboard filled with paddles, ropes and Star Wars attire waiting for the right occasion, or playmate.

Probably shouldn’t – Leo has an “If it aint broke why fix it?” kind of relationship philosophy and Aquarius thinks marriage is terribly antiquated and unnatural. If they find their mojo it’s going to be good – each respect each other’s need for freedom and individuality.

Separate experiences provide them with endless talking points – whether it’s Aquarius fighting a rebel war in Tanzania or Leos latest corporate takeover. They also teach each other worthy lessons – Aquarius eventually gets rid of the soap box and Leo grows their compassion capacity. 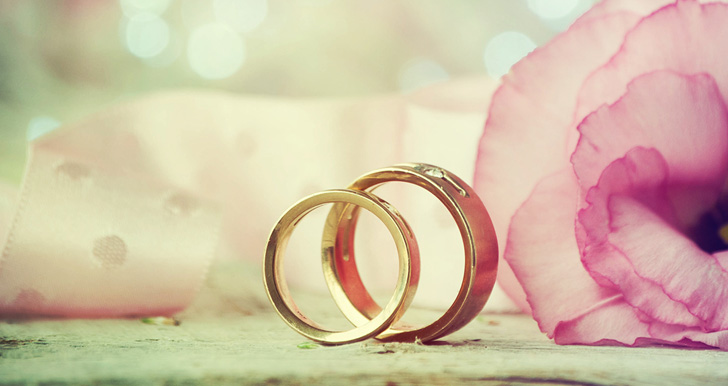 If they live together the house is chaotic except for the kitchen and entertainment areas which Leo keeps perpetually prepared for lavish dinner parties. If they do marry its Leo who pushes the matter – perhaps out of insecurity of the need for a giant party – Aquarius says yes if they are convinced nothing will change.

Children may or may not happen – if they do – these parents make an eccentric but excellent combination – Leo showers them with love and fun and Aquarius takes them on flights of fantasy that usually have a moral about strong values. The children are bound to grow up to become very special adults.

TRUST AND COMMUNICATION:
70
SHARED VALUES:
55
EMOTIONAL CONNECTION:
70
SEXUAL CHEMISTRY:
60
MARRIAGE COMPATIBILITY:
55
The Good:
Dreamers and schemers.
They inspire each other.
The give each other space.
The Bad:
Aquarius thinks Leo is a snob.
Leo thinks Aquarius is judgmental.
They feel trapped.
62
Compatibility Score