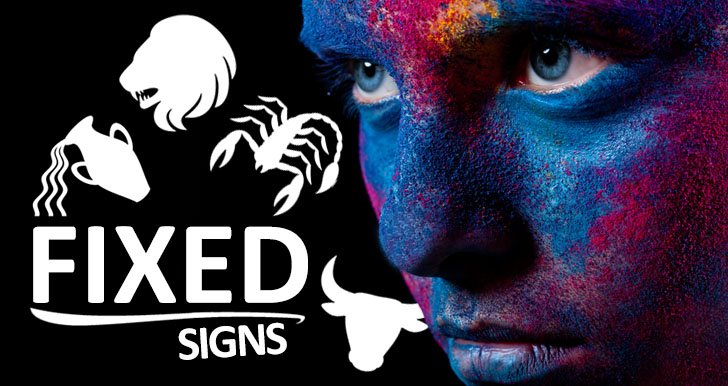 If you’ve ever wondered why Taurus, Leo, Aquarius and Scorpio all seem to be so damn tough… well, it might have something to do with them being fixed zodiac signs.

The fixed signs are a group of signs that are unique in their “take-no-prisoners” approach to life but surprisingly little is often known or written about this group. Even those belonging to it often have no idea that they are a part of it!

So to give you a better understanding of what these signs are all about today I’ll be revealing seven eye-opening secrets of the fixed signs.

1. Fixed signs are tough as hell and able to persevere through basically anything. 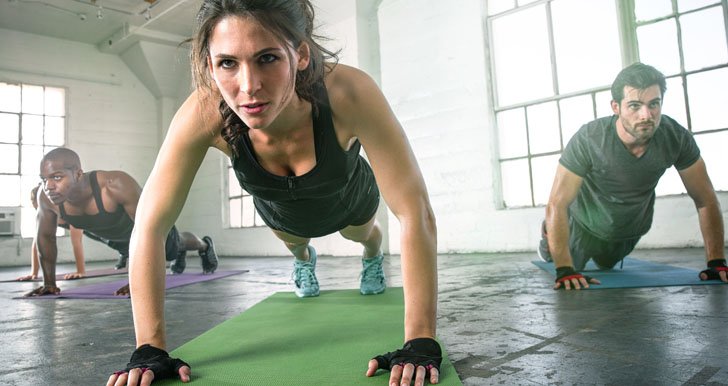 There’s no doubt about the: the fixed signs are going places. Their sheer determination and will to succeed is hard to match and regardless of what goes down they always keep their eye on the prize.

They know what they want and they’ll plan and hustle until they get it. They’re tough enough mentally to keep on pushing past the point where others would give up.

They refuse to allow others to sabotage their dreams and they’ll put anyone who tries to so in their place pretty quickly.

2. Fixed signs are independent, self-reliant and they don’t need no charity. 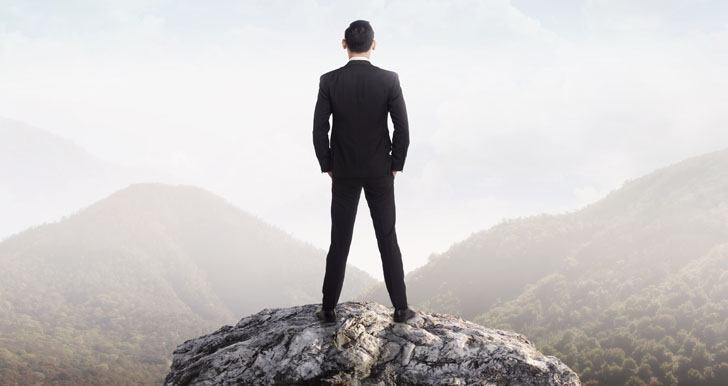 The fixed signs don’t want your handouts or pity parties and they’re the last people that would go around trying to play the victim.

They believe in pulling yourself up by your bootstraps and making the most of what you’ve got. Rather than wishing and hoping they go out and make their own luck and thanks to their sheer will-power, they are able to hustle their way up any ladder.

They can’t stand people that are all-talk and no-action and prefer to just get stuff done.

3. Fixed signs have strong opinions and they don’t back down from an argument. 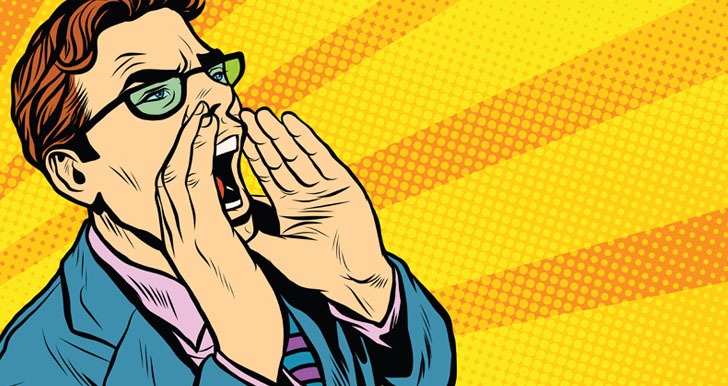 If the fixed signs believe strongly in something then don’t worry… you’ll hear about it. They have strong opinions about a million things and they’re not afraid to argue their point if they think that something is flat out wrong.

When someone throws down the gauntlet by saying something outrageously stupid and indefensible the fixed signs can’t help but jump in to set them straight.

4. Fixed signs are perfectionists who pay close attention to detail. 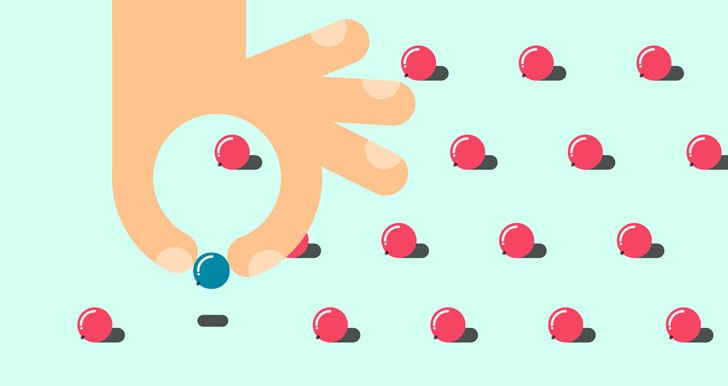 The fixed signs don’t like to half-ass things and when they have a job to do they pay close attention to everything. This sharp attention to detail ensures that any work they produce is always seriously high in quality.

However, sometimes they can become so obsessed with obtaining perfection that they work themselves way too hard and end up burning themselves out.

5. Fixed signs are big on routine and skeptical of sudden changes. 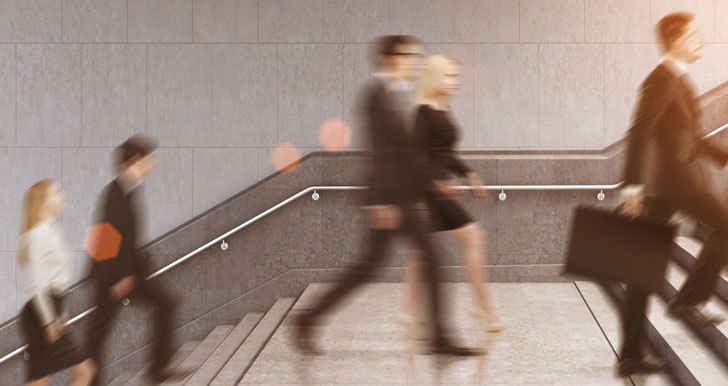 Unlike the mutable signs who embrace change the fixed signs tend to be a bit more skeptical and cautious when it comes to sudden demands for change.

They’re habitual creatures who are big on routine and they get quite irritated when others interrupt their flow and try to enforce silly rules on them.

6. Fixed signs can be stubborn and kinda bossy. 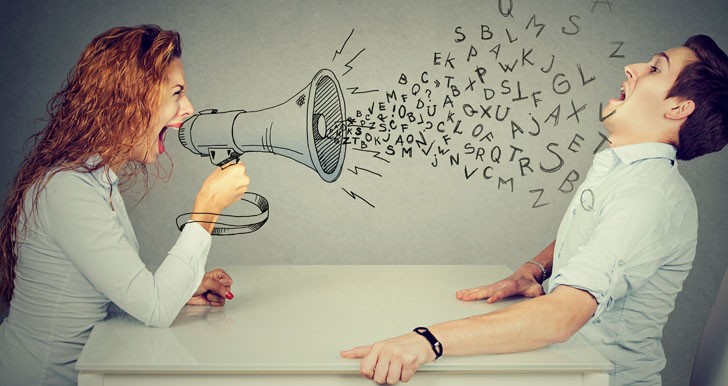 Because the fixed signs like things to be done in the correct way they can be kind of bossy and demanding of others when they have to work in a team.

They are actually quite good at leading a team to victory but sometimes their blunt and direct style can be grating on others.

7. Fixed signs take loyalty seriously and they’ll always have your back. 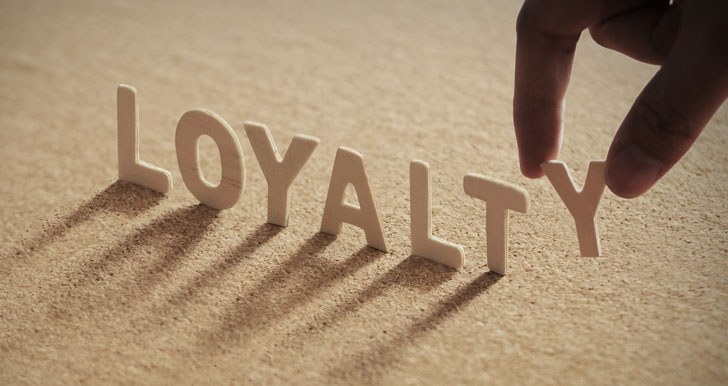 Perhaps the biggest trait that binds Taurus, Leo, Aquarius and Scorpio together is the strong sense of loyalty that they have towards their friends and loved ones.

These mutable signs don’t turn their backs on their friends the moment that things get hard but instead stick by them for the long haul no matter what goes down.