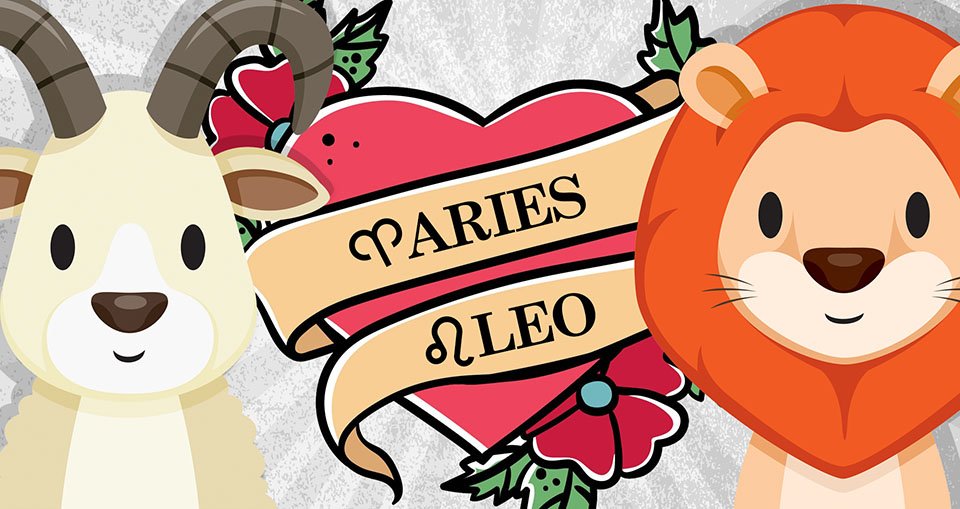 You know those hot celebrity couples that are marked by their passion and blazing rows? Madonna and Sean Penn, Elizabeth Taylor and Richard Burton, Lindsay Lohan and… everybody? Well, that same passion is common in Aries-Leo couples too.

At times their relationship can be a bit of a train wreck that’s hard to look away from. Both are fire signs so there’s not much to cool things down when they do get heated. But at other times they’ll shine brightly and dazzle the world with their brilliance – leaving the rest of us mere mortals feeling unworthy in their presence.

It might take some work but if this sizzling combination can maintain some restraint and avoid the temptation to burn everything into the stratosphere at the first sign of trouble – then they can definitely make it work long term. Here’s what you need to know about Aries-Leo relationships.

These two can be somewhat fair-weather friends – great in the good times but kinda harsh and gossipy if one is in a downwards slide and the other in a purple patch. They tend to recognize kindred spirits in each other and both know exactly how painful failure feels – not wanting to be anywhere near that atmosphere as they fear it could be contagious.

When harmony reigns however and a friendship blossoms Aries will turn to Leo for fashion tips and Leo will come to Aries for some damn good practical advice. Thanks to their wild sides they are also capable of being the life of the party and when they go out they can tear up an absolute storm together – so watch out!

Aries and Leo often meet at red carpet events and are initially attracted to each others suave sense of style and luminous appearance. Both possess a magnetic energy that allows them to become the center of attention wherever they go – Aries with their stories of daring exploits and Leo with their wit and outrageous flirting. 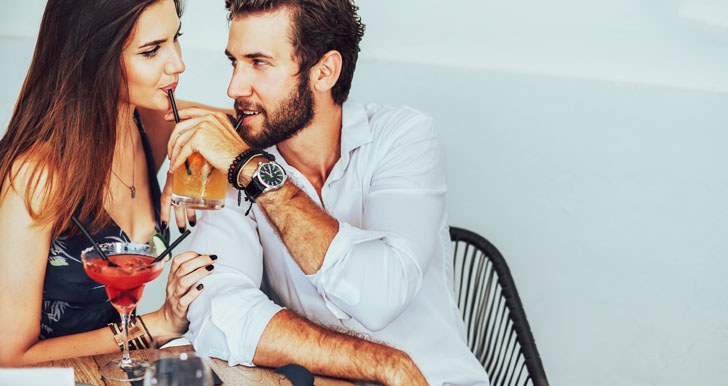 Like moths to a flame they gravitate to each other – eventually sharing the same spotlight. Friends may notice these two spending more than a lavish amount on clothes and makeovers together leaving a question mark hanging above them about whether Leo/Aries are actually competing or romancing.

The Aries and Leo in relationships…

The personality of Aries is ruled by Mars which possesses warrior and protector characteristics. Even though the Leo personality can stand on their own two feet, the Lions’ healthy ego can sometimes get bruised and that’s when Aries steps in to deflect any further harm. With Leo being a fire sign whose ruling planet is the Sun they tend to be rather protective and hostile towards anything that comes between them and their Aries. Best not to flirt with a Ram if a Lion is their partner.

Aries can be somewhat impatient but extremely efficient whereas Leo waits for the most opportune time to strike and then attacks with precision. If they can sync these two traits just perfectly then a power couple will truly be born leaving those around them to watch in awe as they build out an empire.

With two fiery egos who like to be the center of attention what could possibly go wrong? This twosome can sometimes clash due to the sheer strength of their personalities. To stay out of trouble they will need to learn to share the spotlight or be magnanimous enough to take turns at attention grabbing. 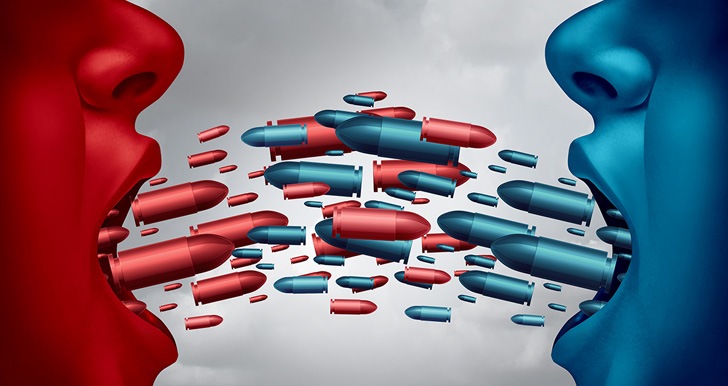 Aries’ stubborn nature and Leos roaring pride also means that if they’re not on the same page they can have flaming arguments over everything and anything whether it be clothing choices, haircuts, interior design, art or restaurant choices. Different taste doesn’t mean that one is right and the other wrong however and Leo/Aries would do well not to try to turn each other into a mini me.

When Aries and Leo fall in love…

As these two signs begin to fall in love their feelings can quickly become intense. It wont be long before they find themselves wanting to impress each other with all kinds of expensive trinkets and flashy outings. Each date can become an opportunity to trump the previous one. But it’s not a bad thing, this type of dating one-up-man-ship will put them on a permanent high and keep things constantly exciting. 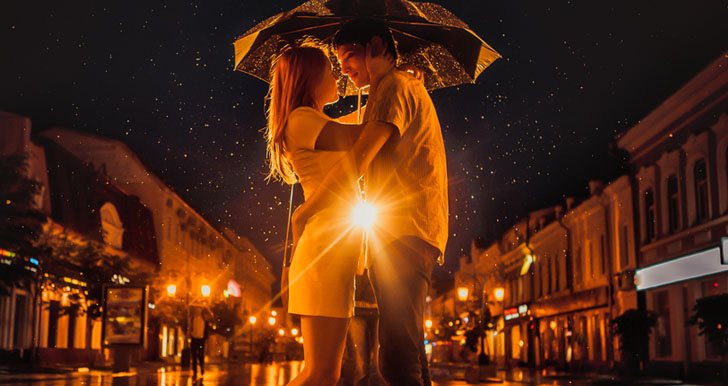 The deeper that their feelings become however the more that they can succumb to the green eyed monster known as jealousy. This happens simply because they find each other to be so irresistible that they assume (often rightly so) that other’s might try to make a move on their new sparkly thing. Normally independent – Aries and Leo, knee deep in love, appear to become joined at the hip – it’s just their way of trying to cut temptation off at the pass. They may need to be careful that they don’t become so protective that they end up hiring private detectives to keep tabs on each other.

Burn baby burn! Both Aries and Leo are known for being blessed with high libidos and a wicked desire to play fight. They will find themselves scratching, nibbling and tussling each other until one of them finally raises a white flag, begging for time out.

Sex between these two fiery personalities can be so damn savage that if they aren’t careful they can find themselves wearing each other out causing their feelings to fizzle out in a matter of weeks. If they learn to pace themselves however, they can make that heat can last a lifetime.

Highly compatible and combustible, Leo and Aries can build a strong and long lasting marriage so long as they follow a few rules. Leo is not into ageing and is embedded with a Peter Pan quality which leads them to seek the fountain of youth. Aries should try to understand and temper their insecurities particularly as middle age approaches. They should also aim to have different careers as if they are both high flyers in the same profession the level of competitiveness could become destructive. 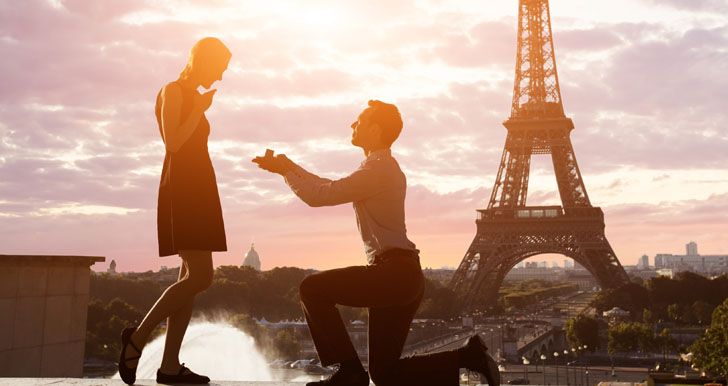 Together they can make for excellent parents who compliment each other’s abilities nicely. As a Fixed sign Leo is always playful though sometimes unwilling to change their parenting style. Whereas Aries – a Cardinal sign is more flexible and will revise their expectations as the children grow up. Things might not always be smooth sailing but if these two work at it they can ultimately make for a formidable team.

TRUST AND COMMUNICATION:
60
SHARED VALUES:
75
EMOTIONAL CONNECTION:
60
SEXUAL CHEMISTRY:
80
MARRIAGE COMPATIBILITY:
70
The Good:
They make each other look fabulous.
Successful and powerful.
Hot between the sheets.
The Bad:
They can give each other emotional 3rd degree burn.
Each wants to have the last word.
The competitiveness can be brutal.
69
Compatibility Score