7 Revealing Traits Of The WATER Signs… 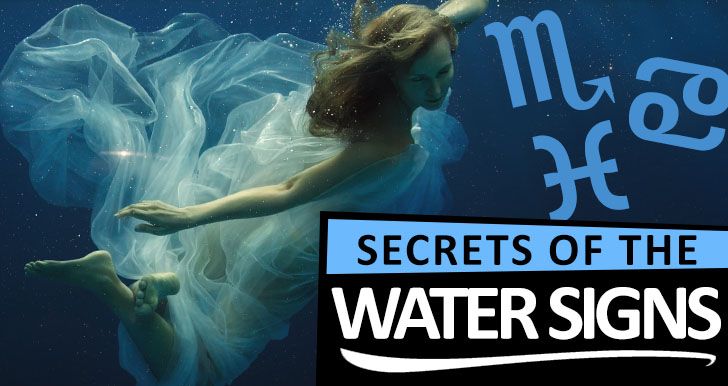 Free-flowing rivers, meandering their way through nature’s peaks and valleys are often seen as some of Earth’s most serene wonders. The gentle waves tumbling over rocks and the glistening reflection of the world around makes water a true natural beauty.

However, like most things beautiful, below the surface many complexities often arise and the same is true when talking about the water zodiac signs, which in the world of astrology comprises of three different signs: Pisces, Cancer and Scorpio.

But to give you a better understanding of what it really means to be born under the water element here are seven eye-opening truths about the water signs!

1. Water signs are crazy observant and they notice basically everything. 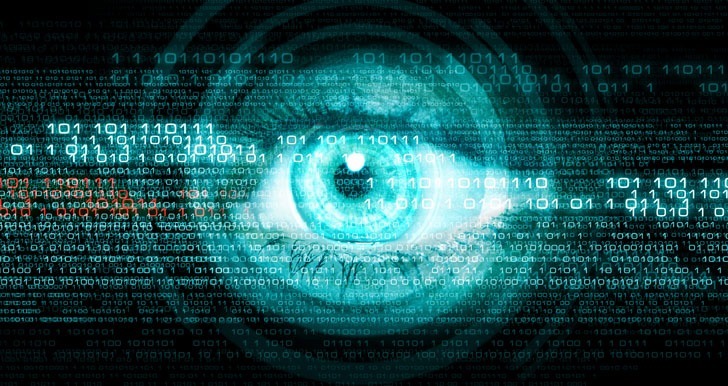 All three of the water signs are notoriously perceptive and they possess sharp instincts when it comes to sussing out people and situations. They’re guided by their gut feelings and more often than not their first instincts about a person are dead on. They can get a feel for whether someones intentions are honorable or not just by observing their body language and general demeanor.

Like a river filling in every crevice of its path, the water signs cover every detail and often pick up on things that others miss. No riverbed is left to dry as the water flows through each and every intricacy.

2. Water signs have intense emotions that can overcome them like a tidal wave. 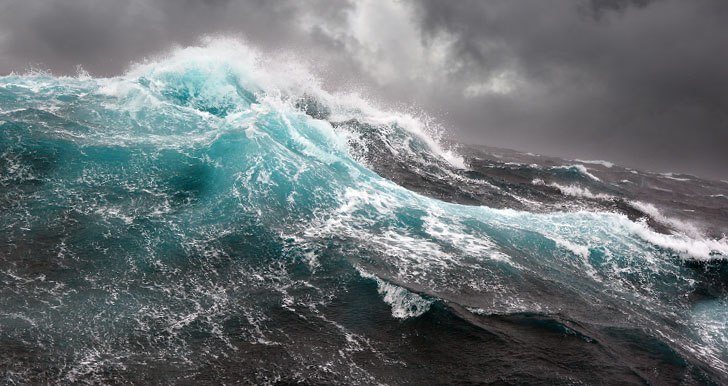 The water signs are no stranger to emotion, in fact, they often feel things rather intensely.

On one hand, their emotional side can provide them with a lot of insight and wisdom into the human experience which they can even then pass on to others. On top of this, it allows them to be incredibly empathetic which helps them to form strong bonds with others.

But sometimes they can get so overcome by their emotions that it feels like a giant tidal wave just hitting them all at once. When they feel overwhelmed like this they can find it tough to think straight and make rational decisions.

3. Water signs have racing minds and they often get lost deep in thought. 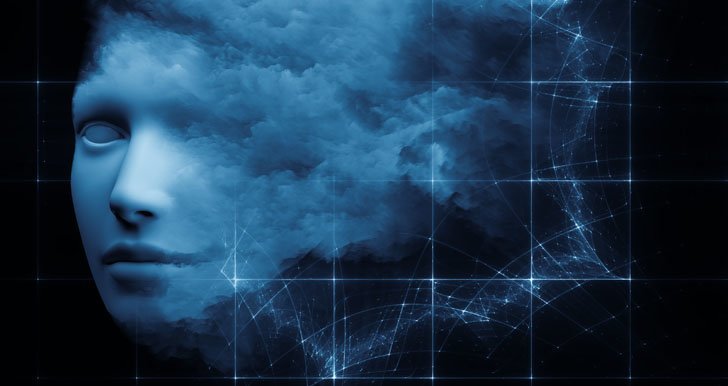 Sometimes you might catch the water zodiac signs acting withdrawn or shy but the truth is they’re probably just deep in thought and mentally a million miles away. They often find their thoughts are racing at a million miles an hour and that they are powerless to do anything about it.

Because they are so prone to analyzing absolutely everything they can sometimes overthink things a little too much and make life more complicated for themselves then it needs to be. They have a bad habit of coming up with problems and obstacles in their mind that don’t actually exist or aren’t nearly as bad as they’ve talked themselves into them being.

4. Water signs crave a sense of inclusion and they go to great lengths to seek it out. 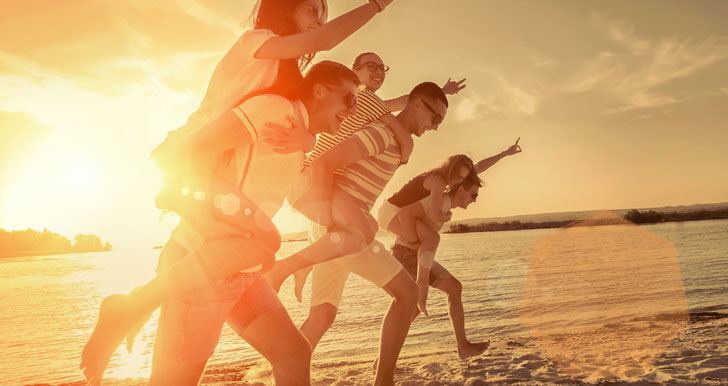 The water signs don’t require a whole lot from life in order to be happy. So long as they are around their tribe and have people that they can connect with in a deep and meaningful way then chances are they’ll feel satisfied and content.

They genuinely love nothing more than to see their friends and family happy and they’re willing to sacrifice greatly just to put a smile on their loved ones’ faces!

5. Water signs can be easily distracted and kinda indecisive. 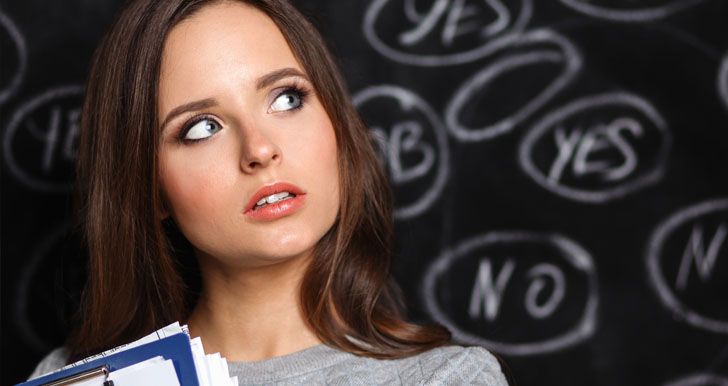 Just like a bustling river, the water signs can be a bit wishy-washy and kinda all over the place… especially when it comes to making important decisions. Too many options can sometimes leave them overwhelmed and struggling to make any decision at all.

They’re also known for being easily distracted and can go from paying close attention in one moment to being totally away with the fairies the next. They don’t do it out of rudeness but they just can’t help themselves sometimes!

6. Water signs are mysterious and they hold their cards close to their chest. 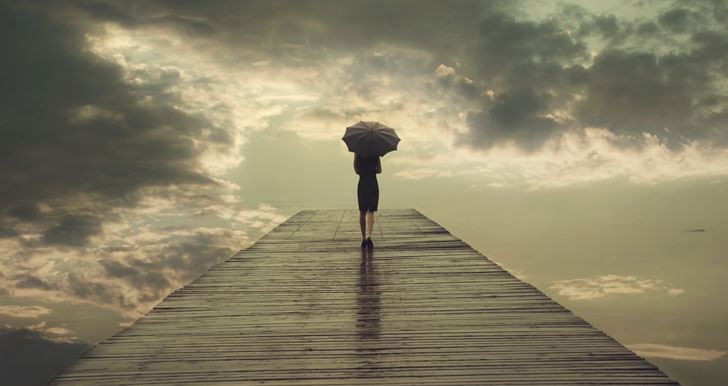 The water signs have a very private and mysterious side that doesn’t like to reveal all of their cards at once. They’re known for putting up walls and can be particularly guarded when they’re around people they don’t know or trust.

From time to time they need space to themselves to think and unwind. As much as they love their friends and family there’s just some times where they’ve gotta have some alone time.

7. Water signs ooze creativity and their imaginations are bound by zero limits. 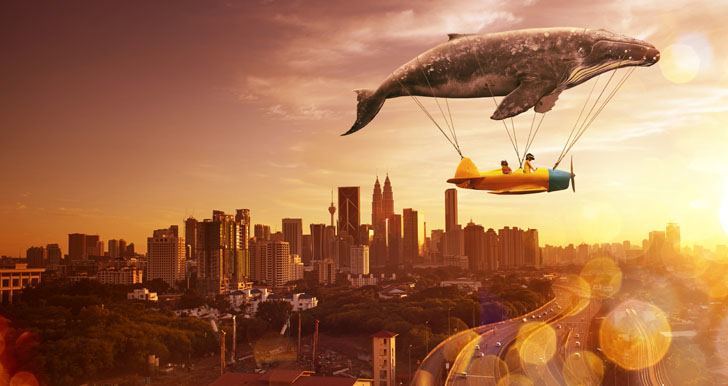 If there’s one thing that’s for certain the water signs sure do have a unique way of looking at the world. This perspective combined with their vivid imagination often makes them naturally gifted as writers, musicians and anything involving a creative flare.

They are dreamers at heart whose ideas aren’t limited by pesky rules or conventions!